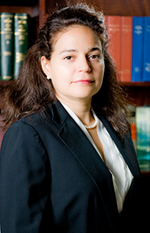 Monique Cartwright has been practicing law since 1996. She started her career as an Associate in the corporate banking department of Shearn, Delamore & Co, one of the largest law firms in Malaysia. She moved back to The Bahamas in early 2001 and immediately thereafter became a Senior Associate in the offshore department of Graham, Thompson & Co. In 2004 she became a Partner in the law firm of King & Co., located in Sandyport Olde Town. 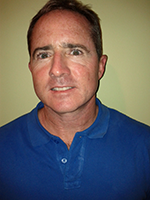 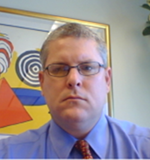 Mr. Holcombe has been a member of the elected Board of Directors and Treasurer of Sandyport Homeowners Association for the last two years and has been resident of Sandyport since 2003.  During this period, the HOA has increased its reserves, reduced the provision for bad debts, improved cash flow and delivered on budget.  Mr. Holcombe has over 22 years of banking and corporate finance experience having completed over US$12 billion of financing and advisory transactions.  He has significant experience in M&A advisory, and public and private debt and equity financings. Currently, Mr. Holcombe is a Senior Advisor to Providence Advisors Limited, a  financial services firm based in the Bahamas and Managing Partner of Stirling Partners (Bahamas) Ltd., a Bahamas financial advisory firm.   Formerly, he was Managing Director and Head of Asset Management for Madison Williams Holdings, LLC, and Head of Corporate Development/Private Equity of GEM Global Equities Management S.A.  He has also worked as an senior investment banker at Global Hunter Securities, Donaldson, Lufkin and Jenrette, Gleacher NatWest/NatWest Markets, and ING Capital.  Also, Mr. Holcombe acted as CEO, President and CFO of a public U.S. company which he was hired to restructure.  Locally, Mr. Holcombe is the co-founder of MS Corporate Ltd., a Nassau based private-equity firm focused on Bahamian investments in start-up companies and the lower middle-market. Mr. Holcombe has been a Board Director of 10 private and public companies, and, Treasurer and Director of two other Homeowner Associations in New York and Florida. Mr. Holcombe holds a B.A. from Colgate University and graduated from the Chemical Banking Corporation Global Management Training Program in New York City. Furthermore, Mr. Holcombe is involved with the Alumni Admissions Program and Maroon Mentor Program at Colgate University.  Also, he is the proud coach of the Junior League Baseball Nassau Blue Claws and Cubs teams.   The Holcombe family owns two homes in Sandyport.  Mr. Holcombe is a permanent resident of the Bahamas, married to a Bahamian citizen, Tara Klonaris, and has 2 children. 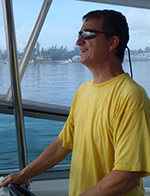 Born: May 22, 1957
Married:Lisa (32 years)
Children: Ryan and David
Retired partner from Deloitte & Touche after approx.30 years in the accounting profession. 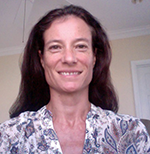 Kim was born in Cape Town, South Africa and has travelled extensively throughout the world.  She has worked and lived in Zanzibar, England,  Europe, Australia, Canada and the Cayman Islands.  Kim has been involved with a number of projects within the community, is a regular volunteer at the Humane Society and Baark and serves on the Sandyport Social Committee.  She is married with two young boys and has been living in Sandyport for 5 years. 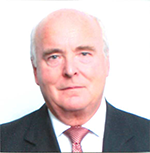 Background: Has lived in Nassau since 1998 and for the period Jan 1998 – Dec 2003 was CEO of United European Bank and Trust Ltd ( part of BNP Paribas group). 2004 to date Managing Director, Octogone Fund Management Ltd. 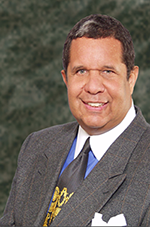 Michael V. Roberts is the classic American entrepreneur. Born to middle class hard working parents, educated in the public schools, he worked his way through college and law school to become a successful businessmen. Throughout his rise in business, Mr. Roberts maintained a strong commitment to giving back to the community of which he came. Mr Roberts is a permanent resident of the Bahamas. He first invested in Sandyport in 1998 where he built and lived in one of the two first build homes on Water Colour Cay. He and his brother are now the largest property owners in the residential gated community of Sandyport. Mr. Roberts’ broad range of professional knowledge and experience developed as a business owner and encompasses the application of innovative financing strategies for large public projects, public-private sector development negotiation strategies, and successful management techniques for urban commercial properties. His leadership in the creation of innovative strategies for financing of redevelopment projects. In the decades that followed, Mr. Roberts used his extraordinary and creative leadership abilities to build a business empire that encompasses television and radio broadcasting, real estate development, plus hotel ownership and management. Mr. Roberts received his Juris Doctorate degree from St. Louis University in 1974. Prior to graduation from law school, the International Institute of Human Rights, Strasbourg, France (1973); and The Hague, Academy of International Law, The Hague, Holland (1972). Mr. Roberts holds three Honorary Doctorates and is the author the best sellers book Action Has No Season. 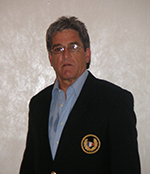 Married to: Betty A. Roberts 37 years 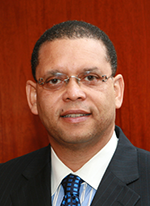 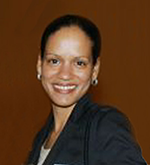 Stanja Seivright has managed campaigns and strategic advertising programs for some of the world’s largest multinational organizations. She started off in advertising working for Grey Jamaica (Grimax Advertising Ltd.) leading account teams in the region on the Procter & Gamble, American Airlines, and McDonald’s businesses.

After Grey, Stanja spent two years at MTV Networks in New York as Advertising Manager for Nickelodeon where she managed and executed Nickelodeon’s biggest brand initiative to date “Nick Nation”. She was later appointed task force leader for the network’s re-launch of “Nick at Nite” and the formal presentation to the New York media community.

Stanja’s bilingual capabilities then took her to lead overall strategy and creative development for multicultural advertising programs on the Verizon Wireless and Johnson & Johnson accounts on behalf of Inter Public Group’s multicultural agency in New York. While there, she was promoted to VP, Group Account Director-Hispanic Initiatives.

After leaving New York she headed to Miami to lead strategic development and execution of Hispanic customer acquisition and retention programs on the Bellsouth and Nestle accounts for French advertising group-Publicis. After marriage and two children, she relocated with her family to The Bahamas following her husband’s career with the hotel chain Sandals.

Fluent in French and Spanish, Stanja holds a Bachelor of Arts degree in French with a minor in Spanish and International Relations from Regis College in Massachusetts. Stanja has taught French at Tambearly School and is the local volunteer coordinator for the annual Bahamas Trike-A-Thon event for St. Jude Children’s Research Hospital, held for the past 2 years at Sandyport.