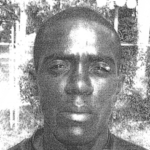 We have received the following information concerning a known criminal, recently released from prison who has been known to target homes on Paradise Island and in Nassau:

His name is Jeffrey Etienne, also known as ‘Spiderman’. He climbs up the outside of buildings, and tries door and window handles until he finds one that opens. He steals cash, jewelry and small electronics like phones and laptops. He does not take televisions. He operates between midnight and 4 am or 5am. He is not known to be armed and has not attacked anyone. He wears short pants and no shirt, so is hard to grab hold of. He has a tendency to jump in the sea if cornered.

The police are very keen to catch him themselves and ask anyone who sees or hears anything not to approach ‘Spiderman’ but immediately to call the police at 363-3011 or 919 and notify security on 327-6943.